Missense variants are often seen in families displaying a typical X-linked inheritance pattern, with affected male patients and asymptomatic or only mildly affected carrier females. However, de novo loss-of-function [non-sense and frameshift] pathogenic variants have been observed in both affected male and female patients, and are usually sporadic.

Considering the current pathogenic variants collectively, it is clear that complete loss of IQSEC2 may not be lethal in males, but in general leads to the most severe clinical presentations reported. The emergence of severe phenotypes reported in female patients with pathogenic IQSEC2 variants indicates that IQSEC2-related condition may be an under appreciated genetic cause of intellectual disability, behavioural and speech disturbances and seizures in females.

In contrast to the loss of IQSEC2 function, there are several male patients with intellectual disability and early speech disturbances who have a submicroscopic duplication at Xp11.22 containing the known ID genes IQSEC2, KDM5C and TSPYL2, suggesting IQSEC2 may be a dosage sensitive gene.

The encoded protein is a component of the postsynaptic density at excitatory synapses, and may play a critical role in cytoskeletal and synaptic organization through the activation of selected ADP-ribosylation factor (ARF) substrates including ARF1 and ARF6. The Sec7 domain, with guanine nucleotide exchange factor (GEF) activity, catalyzes the exchange of guanosine diphosphate (GDP) for guanosine triphosphate (GTP) on the The ADP-ribosylation factor (ARF) family of proteins. The IQ motif is thought to accelerate the GEF activity; the PH domain can mediate membrane localization and the PDZ-bm (basement membrane) binds the protein to the postsynaptic density (PSD) of excitatory synapses. 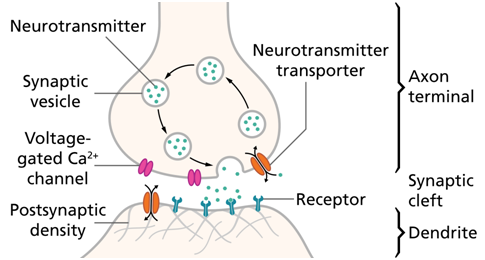